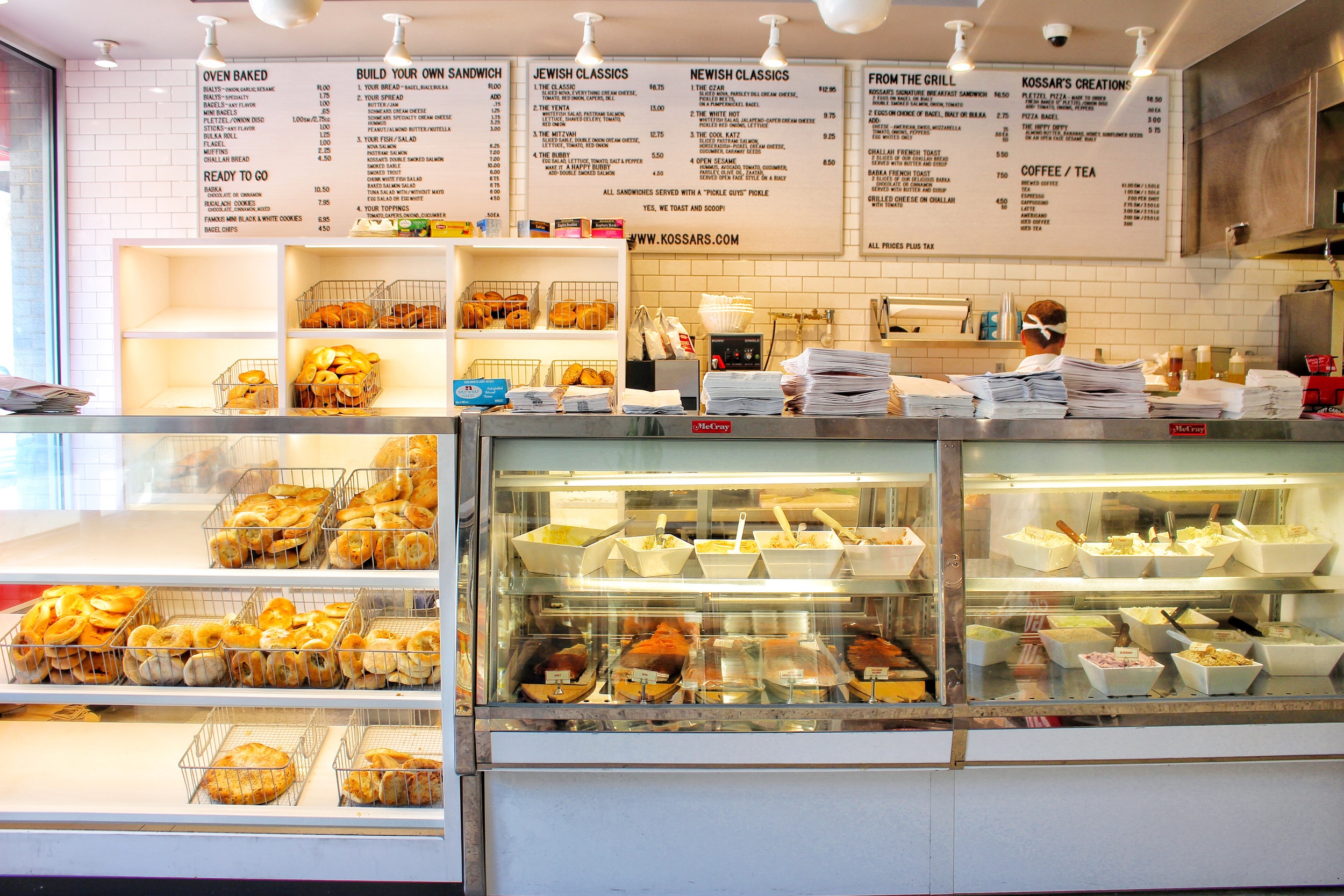 Few NYC foods are as steeped in tradition as the ones found at Jewish appetizing stores. They were opened by the hordes of immigrants that poured into the Lower East Side in the late 1800's from Eastern Europe. Sadly these are a dying breed. Once you could find 100's of these stores and today there are only a handful in the city. The phrase “they don’t make ‘em like the used to” applies directly to Kossars. They are keeping the tradition alive.

The store was opened in 1936 by Morris Kossar. Today it is the oldest remaining Bialy bakery in the United States. The establishment was taken over by new ownership in recent years but remains committed to upholding the traditions of this Jewish great cuisine. I spent some time with owner David Zablocki and he had a story behind every ingredient and a passion that is unparalleled. There is a reason for every vendor he works with from the whitefish he gets, to the bakery that makes his babka recipe, to the facility he uses to cure his salmon with his own recipe. You want to know the secret to staying open for 80 years in the greatest food city on earth? You need to give a shit. A big shit. About every product and ingredient that walks in and out of your establishment. Zablocki is a man who gives a big shit.

Kossars offers a huge range of items to go or for dining in. In their cases you’ll find stacks on cream cheese, cured fish, loaves of babka, and fresh challah. You can choose from fresh bins of brick oven baked bialys and kettle boiled bagels. They will stack your bagel high with any combo of salmon, sable, white fish, or egg salad. For something a little modern, they have gooey chocolate babka French toast that tastes like heaven. They even have my childhood favorite, pizza bagels. I look forward to many years of their success. Here’s what we had: 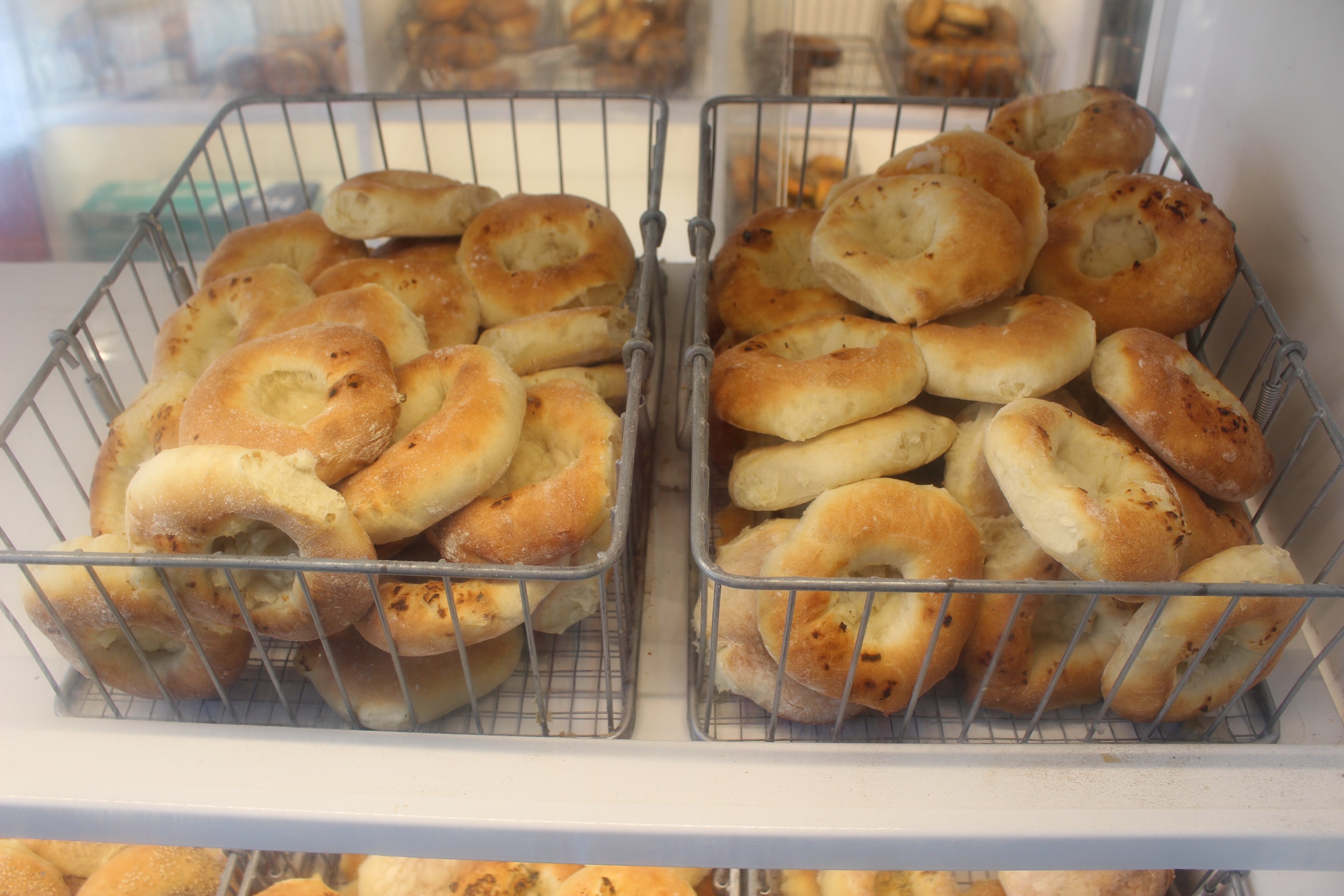 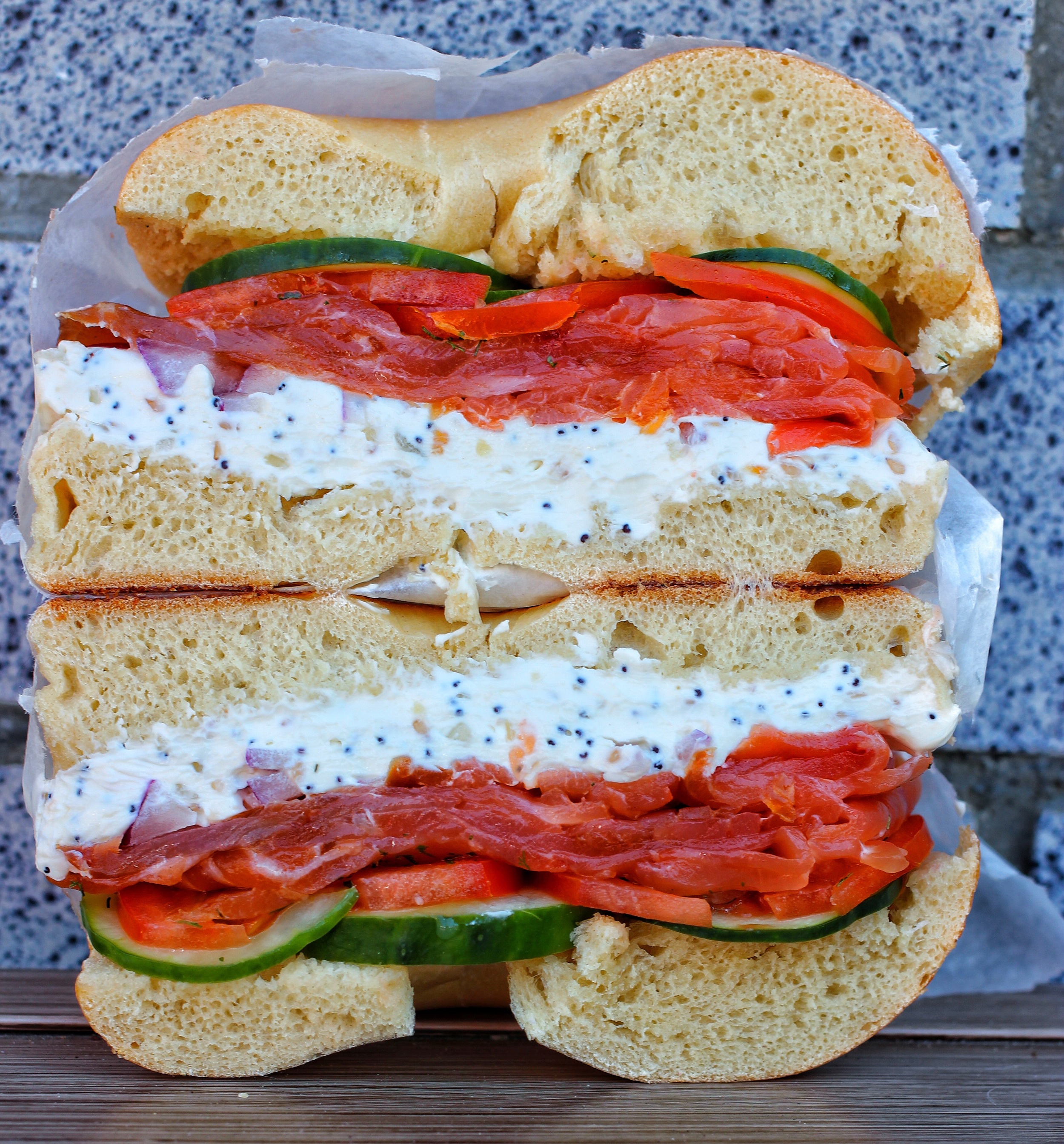 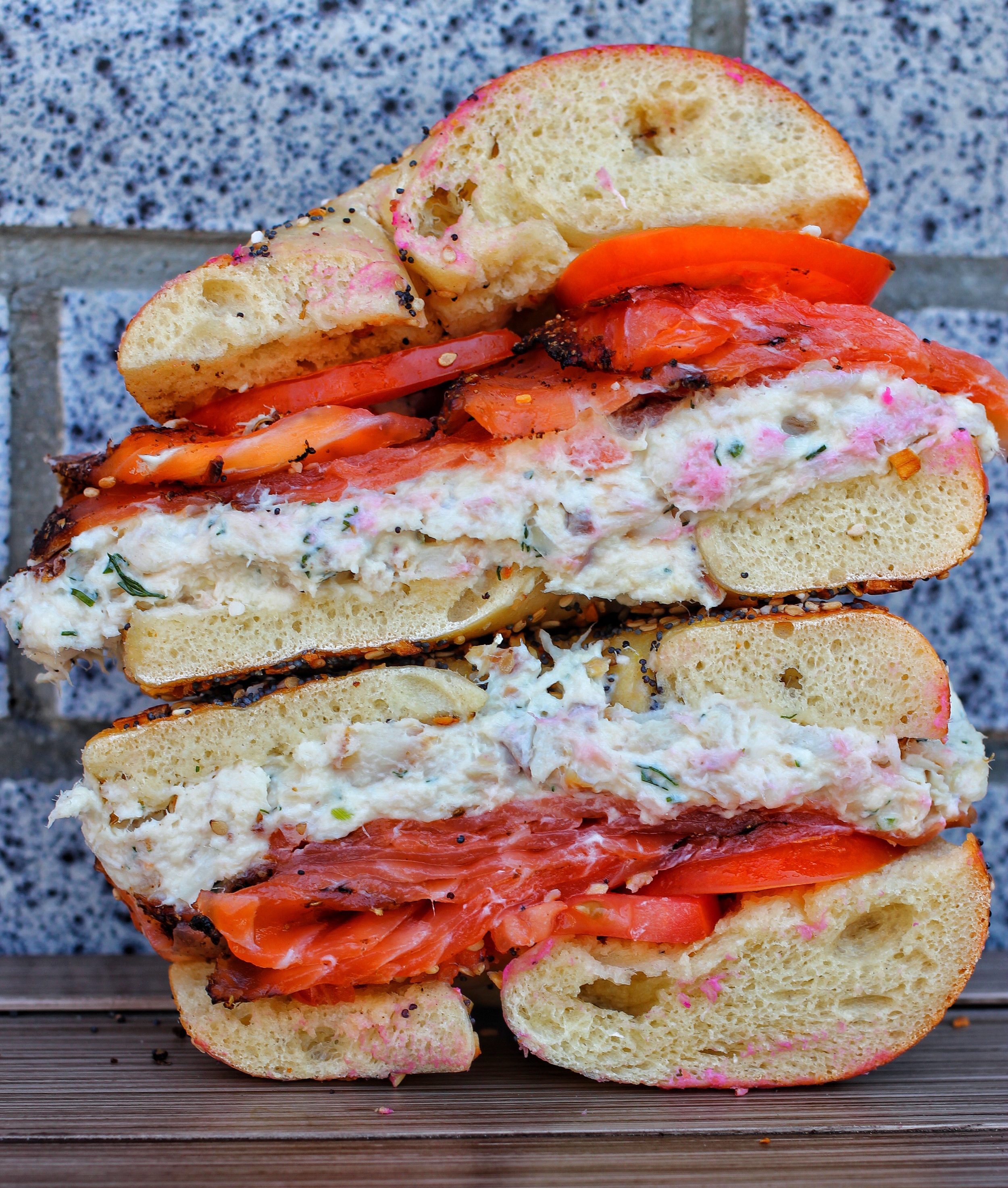 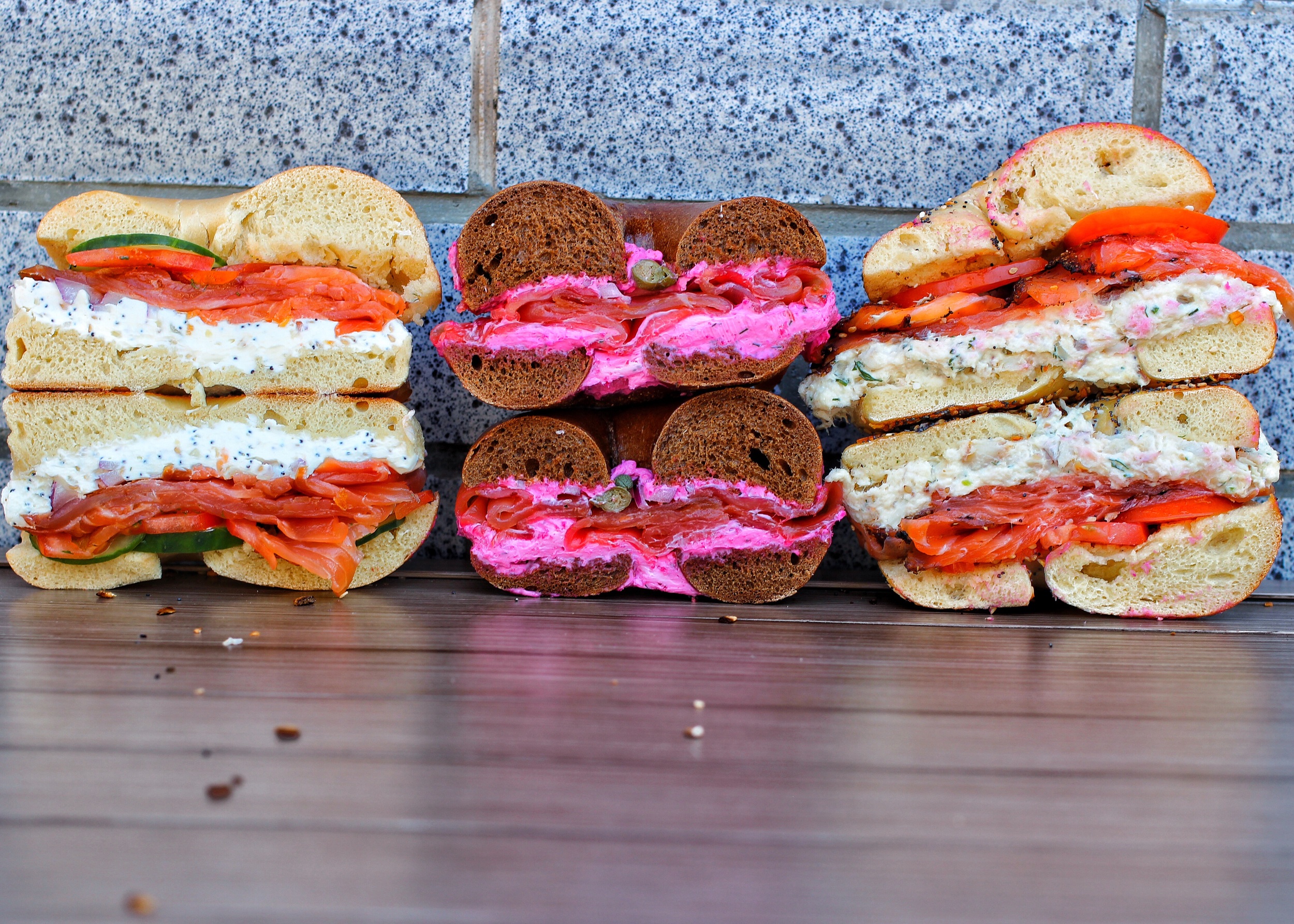 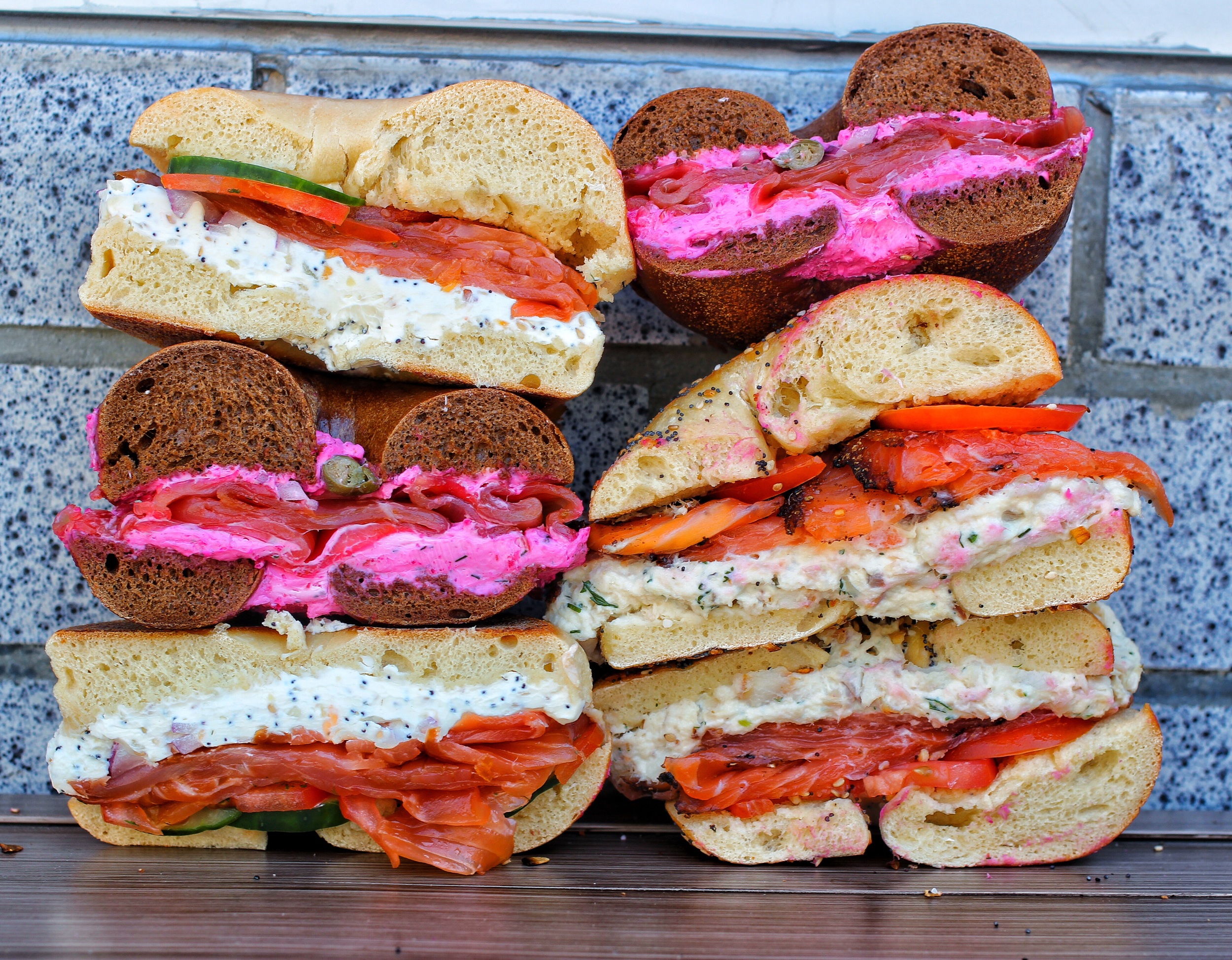 Babka French Toast - 2 slices of our delicious chocolate or cinnamon babka. Served with butter and syrup 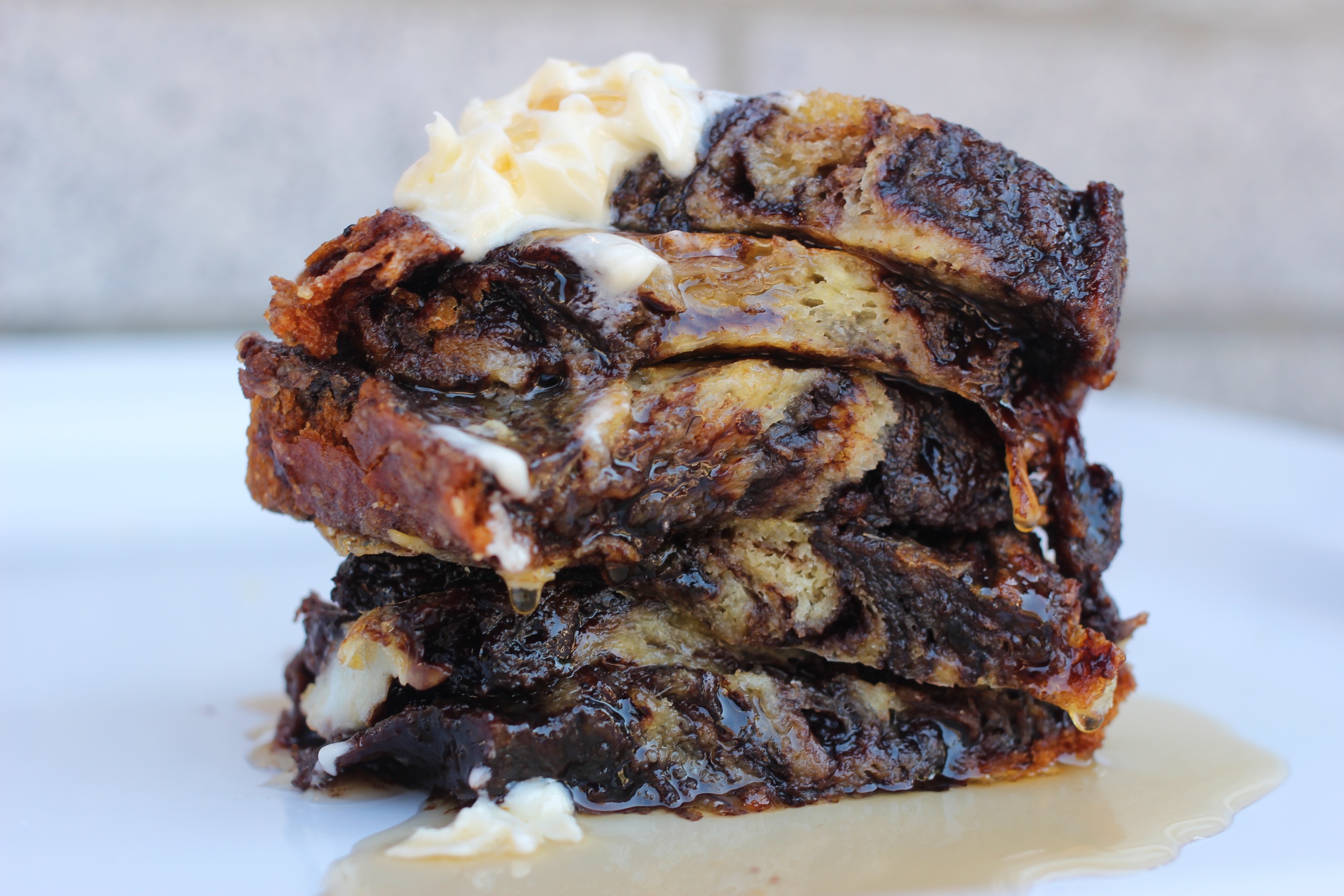 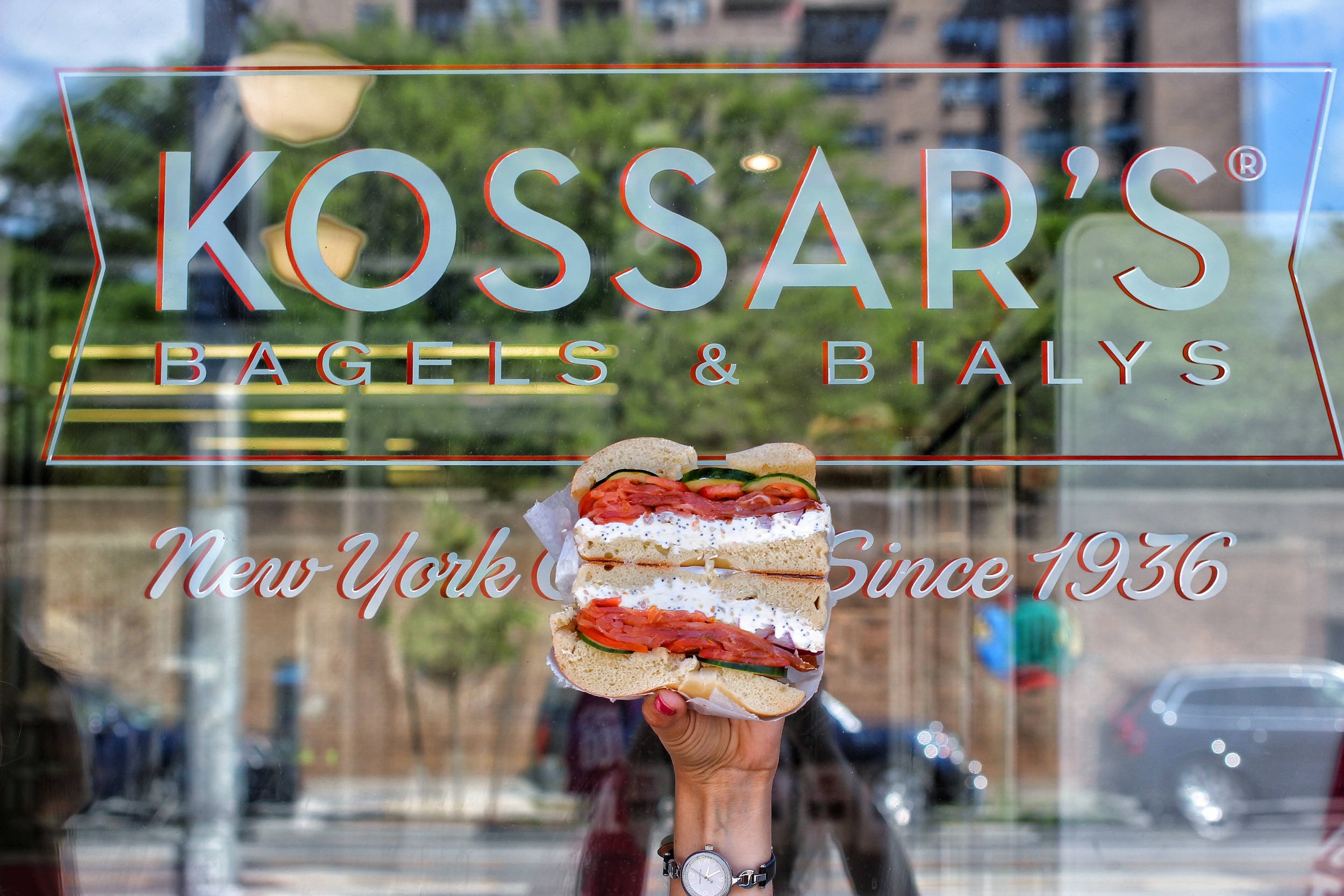